Posted by Guarantee Green Team on June 12th, 2012
Share on FacebookShare on TwitterShare on Google+ 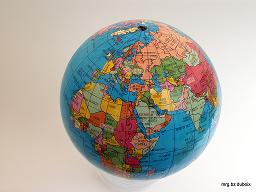 Next Sunday, June 17th , is the day Father’s are celebrated all across America, and no one is a bigger fan of weird trivia than Dad. This year, wow your father with these fun Father’s Day facts.

Father’s Day was first brought about in the United States by Sonora Dodd in 1909. While listening to a Mother’s Day sermon, Dodd wanted a way to honor her father, a Civil War veteran and widow who raised six children on his own.

The first official Father’s Day was on June 17th, 1910, in Spokane, Washington. However the third Sunday in June wasn’t officially declared Father’s Day until 1966, and was made a permanent, legal holiday in 1972.

Different countries world wide have their own Father’s Day holidays to celebrate Father’s and Father figures across the globe. In most countries Father’s Day falls on a Sunday, a day for the whole family to be together.

Father’s Day world wide is celebrated in much the same way. Father’s, and father figures including grand fathers, fathers in law, uncles, other male relatives and even non biologically related male role models.

Father’s are celebrated with family togetherness, gift giving and a big meal!