How Does Baking Soda Remove Odor

Posted by Guarantee Green Team on June 7th, 2012
Share on FacebookShare on TwitterShare on Google+ 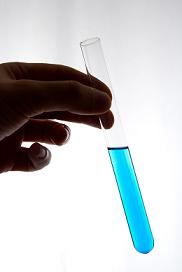 In the world of organic cleaning, it’s common knowledge that baking soda eats up odors. Leaving a box of baking soda in the refrigerator, or sprinkling baking soda on a stinky carpet easily removes bad odors, but how does simple baking soda remove odors?

Baking soda, known scientifically as sodium bicarbonate, is mostly used in baked goods to help them rise. Baking soda removes odors by neutralizing the pH of odors. Smells, in their chemical nature, are the result of a high pH (acidic) or a low pH (basic). Technically, the odor is still there after using baking soda, but because the pH level is neutral, we can no longer smell the odor.

So how can you use this marvel of science in your home? Easily! Just sprinkle baking soda over a stinky sofa cushion and allow it to sit for a few minutes. Next vacuum up the baking soda and voila, no more smell.